Back Story: French type designer Benoît Bodhuin created BallPill in the space of just a few months, starting in December last year. The typeface draws on some of his previous projects, including Pickle-Standard, with its rigid mode of construction. As such, Bodhuin says the new font was a continuation of a process rather than a style, which “brings a different answer to a very similar problem: the grid and its construction. It’s turning a subject around in order to define it.” The designer often looks back to previous work in order to create new fonts—“either by continuity, or by rupture,” he says—which might help explain the speed at which he can come up with the concept for a font, complete it, and get it to market.

Another of his previous projects he looked to for BallPill was the Waldeck typeface, a custom font he made for freelance designer and web developer Waldeck Néel. BallPill gave him a platform to try out some design ideas he’d been itching to explore in Waldeck that weren’t feasible in the context of brand type. “By designing typography, we make choices and we exclude others, which are sometimes very good finds but which aren’t consistent with the typeface we’re working on at that moment,” says Bodhuin. “It was all about trying to answer the rules I’d set for myself, and choosing the design solutions that seems most inherent to me.”

Why’s it called BallPill? A number of reasons, as it turns out. Initially, Bonhuit said he chose it simply because it’s “strange.” When pressed further, he notes that the counter weights are round like a ball. The idea of a ball also feeds into the fact it’s a “rebound” typeface, as the designer puts it, in that it directly feeds off his previous work. It’s also a nod to another key influence on the font—Swiss architect, painter, type designer, industrial designer, and graphic designer Max Bill.

Overall, however, Bonhuit says he chooses titles quite intuitively. “The names also often change during the creation of the character until I have the feeling that it works,” he says, adding that titles respond to the “fantasy” of type. “Type design is akin to creating music—making the sound of words visual—and the syllable ‘Pill’ sounds good with ‘Ball’ for me,” he adds.

What are its distinguishing characteristics? As for distinguishing letterforms, the capital “R” neatly summarizes the idiosyncrasies that make BallPill compelling—despite Bodhuin’s many design rules in terms of the letterforms’ geometric arrangement on a grid. In its creation, the capital “B’s” interior form was treated entirely differently to its exterior, and the upper and lower parts were also designed independently of one another. Similarly, the lowercase “n” is not in fact symmetrical.

Another interesting quirk is that the bold form of BallPill is in fact closer to the usual writing style of most fonts: while the light weight highlights the peculiarities of the typeface, the stark oppositions between the straight and rounded aspects of the characters become all the more visible. At the core of the font is the principle of minimizing forms as far as possible, says the designer, allowing him to create a wider “vocabulary” of letterforms that become inherently expressive through design decisions based around oppositions, such as using straight shapes against rounded counters and so on.

What should I use it for? Thanks to its grids, rules, and constraints, BallPill should be used for applications that are “mechanical and rational,” as Bodhuin puts it. There’s a definite so-retro-but-so-the-future vibe about it that makes it a good pick for branding projects that nod to the 1950s—such as for vintage-y furniture—or signage for architectural projects.

What other typefaces do you like to pair it with? As BallPill is so full of character, it’s tricky to place it next to other fonts without overpowering them. As such, you’d be wise to consider it as a statement font of sorts, but one that can be used for longer body copy. Perhaps the best pairing might be a more handwritten style font, rather than something more starkly modern, like Courier. Bodhuin suggests that old style serif typefaces would be a good counterpoint, as would anything in the grotesk family. 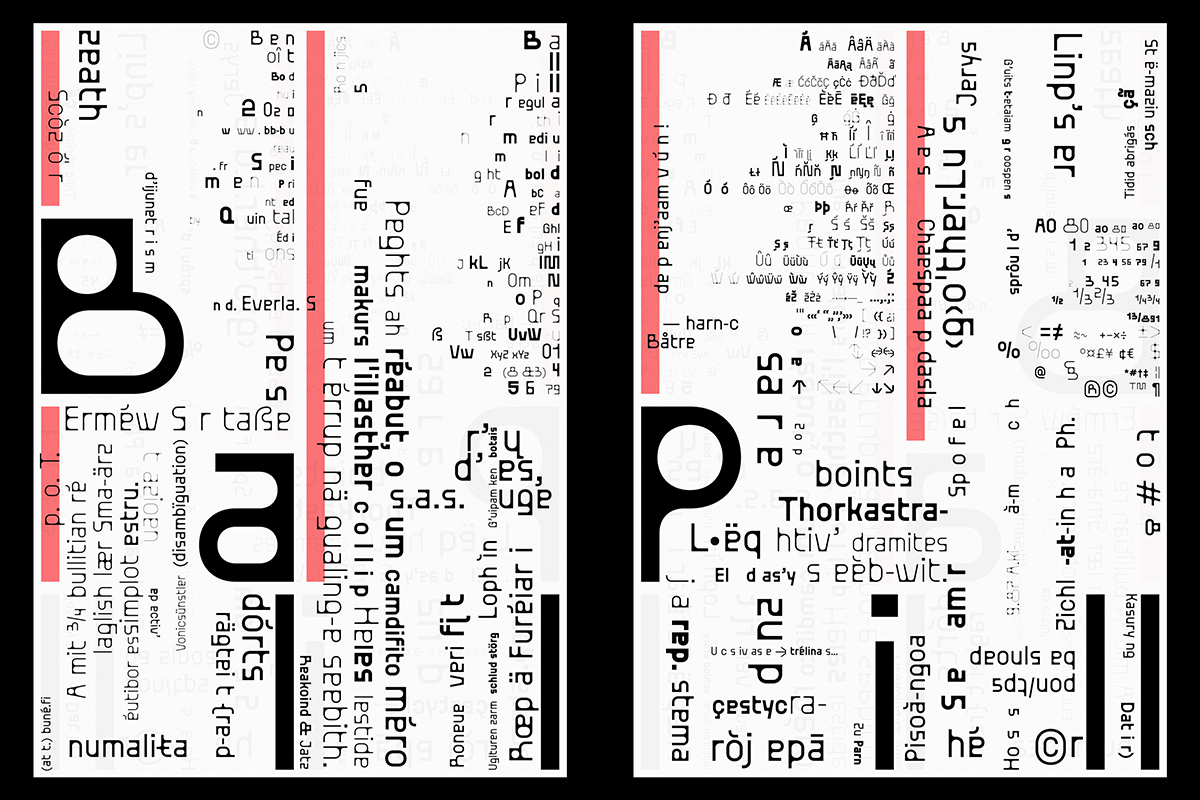