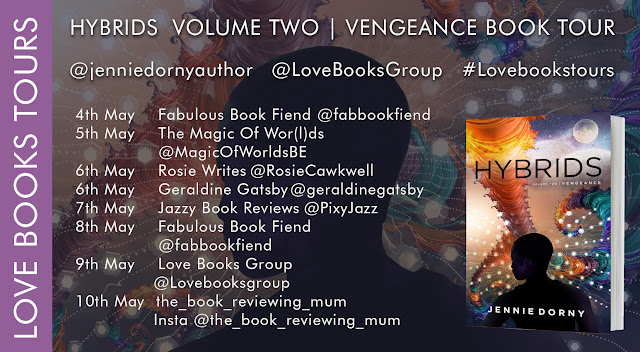 Today is my stop on the blog tour for Hybrids Volume 2 by Jenny Dorny. I have an author interview for you today and if you like the sound of that, you can click here to order your copy now Hybrids now. Don't forget to check out the other stops on the tour for more exclusive content and reviews.


Caught in a web of murder and vengeance, Theo must outsmart the Spylady to save her new friends.
Imprisoned in a male appearance, can Nand survive deportation without losing herself?
Forced to leave Eridan after her mental battle with Keith of Rain Forest, Theo travels to Earth Metropolis with SpaceSS agent Jack Finch. When Jack is arrested for murdering his husband, Farren, Theo’s plans for a new future collapse.
To impress Declan, Nand face-changes into her cousin’s appearance on the day of the Face Changer Assembly. But her moment of triumph turns into a nightmare when Keith launches an attack against the Face Changers.
Deported to Gambling Nova, the federal prison, with Ashta and a few Face Changers, will Declan be strong enough to overcome his guilt in order to help Nand keep her male appearance and safeguard Eridan’s future?
Convinced that Farren is still alive, Theo must outsmart the Spylady if she wants to get Jack released from the penitentiary and find Farren’s whereabouts. Yet when Sheer, the Savalwomen leader, orders her to rescue the Face Changers, Theo faces a new challenge: is she ready to return to Gambling Nova? And risk her life? 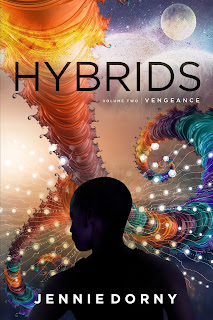 Are you ready for the interview? 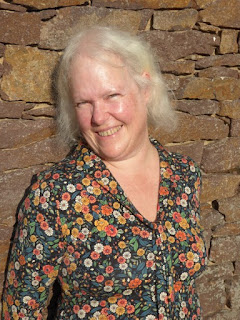 Jennie Dorny was born in 1960 in Newton, Massachusetts. She lives and works in Paris with her three cats. She is both French and American. She studied American literature and civilization, Italian and history of art at three Parisian universities. She wrote her Master’s thesis about contemporary Irish poetry after spending a year in Dublin. She loves words and languages, and she can spend hours exploring a thesaurus. Over the years, she has studied Spanish, Japanese, Hindi and sign language, and recently took up Italian again. She has published in French Gambling Nova (1999), Eridan (2002) and Les Cupidons sont tombés sur la tête (Mischievous Cupids gone Crazy, 2007). Gambling Nova and Eridan are partial, earlier versions of Hybrids; science-fiction novels that in many ways deal with the question of gender.
Find more at www.jenniedorny.com and feel free to join the club.
Like Jennie Dorny’s Facebook page: facebook.com/Jennie-Dorny-Author-Auteur-
Instagram: @jenniedornyauthor
Thanks so much to Jenny for stopping by the blog and answering my questions today! 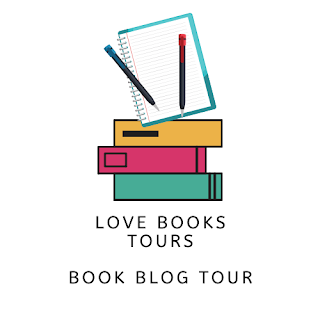