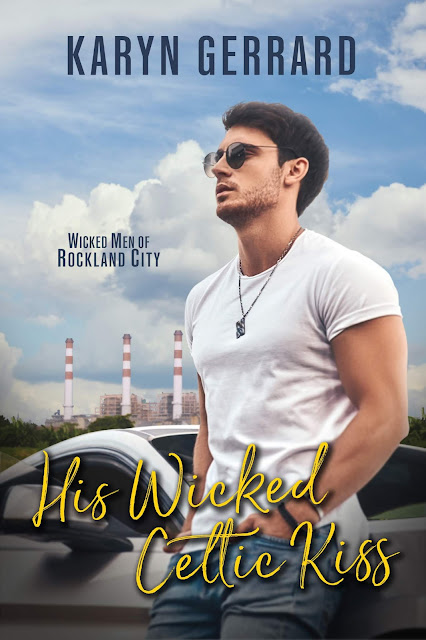 After several dangerous years working as a soldier and a spy, Lorcan has stopped in Rockland City for some much-needed downtime. Working for his extended family, he’s only in town for six months, and happily-ever-after isn’t in this world traveler’s vocabulary.
Julie’s worked hard to change her life. But this handsome charmer is just as enticing as any of the decadent cakes she sells, and she can’t resist the temptation. She’s planning to enjoy every second of their explosive chemistry—for as long as it lasts.
For his part, Lorcan didn’t count on meeting someone who could soothe his damaged heart and heal his troubled soul. Never mind the searing attraction. But staying permanently in one place is not an option. However, Julie is determined to convince him that he has more to offer than just his ‘wicked Celtic kiss.’

Cover by The Write Designer

Note on this book: It was previously published in 2014 with Crimson Romance.
I rec'd the rights back in 2017. Crimson Romance is no longer in business. (Bought by Simon and Schuster in late 2016, closed in 2018)

Used paperbacks of the 2014 version are still floating out there.

I'm completely revising this story. His Wicked Celtic Kiss is a mainstream romance. This is not a dark romance.

Book 3 is written, it is called His Wicked Cold Heart

Book 4 is not written as yet. will be called He's so Wicked Good

I set no deadlines on myself, so the revisions are done when they're done, meaning it could release later this year or early next year. I'm guessing 2021.

A little about the series: The Wicked Men of Rockland City

Nestled on Chesapeake Bay, in Rockland City, Maryland, this small industrial city has witnessed the struggle for dominance by two families: The De Lucas and the Barneses. For good and for ill, these family’s lives are intertwined.
The Barnes family represents law and order. The De Lucas embodies the complete opposite, and soon their various criminal enterprises overtake everyone’s lives with disastrous results. Once the smoke clears, the question remains of who will survive. Passions run high, as do old and new resentments—and old and new loves. 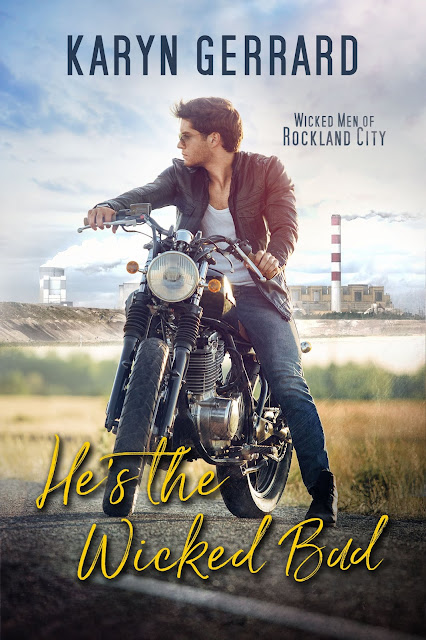 Dark and brooding, Nick Crocetti was labeled a 'bad boy' from the moment he arrived in Rockland City. Now owner of the bar, The Chief, whispers of criminal dealings and a murky past still swirl around him. Being alone suits Nick, until his high school fantasy enters his life once again.

Veronica Barnes is leaving behind a disastrous marriage along with her high-paying consulting career. Returning home, she is determined to follow a lifelong dream of opening her own bakery. Meeting her secret high school crush, ‘the wicked bad’ Nick, rocks her world in ways she never imagined.
Despite the mutual physical attraction - and a shared past - Nick and Veronica are wary and determined to protect their hearts.
Breaking down the barriers of past heartbreak seem insurmountable, especially when the intimate bond moves toward something neither counted on—nor wanted. For two lonely people, acknowledging their feelings may be more than they bargained for.

Karyn Gerrard was born and raised in the Maritime Provinces of Eastern Canada, and thrilled to have just recently moved home! When she’s not cheering on the Red Sox or travelling in the summer with her teacher husband, she writes, reads romance, and drinks copious amounts of Earl Grey tea.

A multi-published author, she loves to write sensual historical and contemporaries. Tortured heroes are an absolute must.
As long as she can avoid being hit by a runaway moose in her wilderness paradise she assumes everything is golden. Karyn’s been happily married for a long time to her own hero. His encouragement and loving support keeps her moving forward.