How Sharing Can Change Your Life 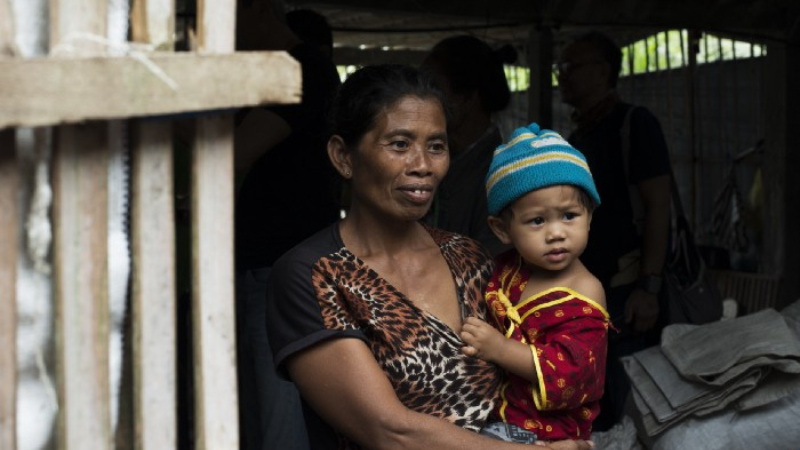 Exactly five years ago, when I came out of a very big financial chaos and a very dangerous illness, I had a lot of thoughts and questions about the value of life and its meaning. At one of these moments I saw news from a little refugee boy on TV who sold handkerchief but, at the request of the buyer, only accepted money if he also bought handkerchiefs and not for nothing, as a kind of begging. A little boy who already knew the value of working at that age and just wanted to take something that was due to him.

At that moment my inside told me that I was simply not doing enough for my environment. Yes, I have always helped people or passed on my share of help to those in need, but have never thought much about it or been right in the middle of it, at least not for people I did not know.

I contacted one of my friends, Ahmet, who had been working in an NGO for years and asked for help. And at that time he gave me the information that he and some of his friends are picking up clothes and bringing them to the war zone for the children in Syria in winter.

I didn’t think much and just got into the project and traveled to Syria in the middle of the war with several trucks. It was nothing new to me as a former officer who saw the worst in Afghanistan, but for the first time I was not on my way to the war zone for shooting and protecting people with force, but to provide them with the more important things, something to eat, clothes and more…

It was a successful project and when we came back I kept in touch with refugees in Turkey and from time to time I visited children in these institutions who were taught. One of these experiences with a little boy then served as my guide for my future engagements and the complete change of my life.

How a little Syrian orphan changed my whole life

This story and that of a 12-year-old girl from Syria that was sold into prostitution made me feel so deeply that I understood that even though I had a very difficult life, a lot of people, especially children, actually grew up in the world that is going through much worse situations.

When I look back now, I have received thank you calls or emails from UNICEF or other institutions for my own participation and help several times, but of course, that was not enough for me, I wanted to be right in the middle instead of just looking from afar.

So I took my own initiative and brought tons of food for the refugees across the borders several times, thousands of books and teaching materials for the refugee children at Turkish schools, a trip that I started alone, but over the years more and more people and friends participated for me, with me and helped us to reach this success.

Today when I look back on those 5 years as a middle-class man, I was able to provide more than $ 1 million worth of food, teaching materials and toys with all the wonderful people who helped me out, but most importantly, with my initiative, I was able to find 114 adults who took the responsibility of 114 children to fully finance their education, which will result in a sum of several million until these kids are able to work by themselves.

I myself currently finance 5 refugee children in Turkey and two poor children in India for their education, especially girls, because these are still the most disadvantaged all over the world due to the never-ending patriarchal society.

Unfortunately, I had to give up one of the children in India, who were three in the beginning, because I am not the richest financially and I will never forget that I cried all the week-long for it. Someone who used to cry for his own financial loss or the loss of his love had finally lost tears for other people and their future and not only for himself. Thank God I was able to become a new financier for this girl after a month and she can continue dreaming for her future with hope.

It may not have taken away all my illnesses or worries from life, there are many things that have moved my inner world and have had catastrophic results, but the smile in the eyes of these children, the times when I teach them something and they thank you in different languages, show their happiness, for being there when an Afghan girl from the country’s best schools completes with your support as a lawyer after years, is something which can’t be described with any words in the vocabulary.

What has all this given me?

Many people expect miracles in life without doing anything for nature or the universe. They expect everything for themselves without effort. They are selfish but on the other hand, hope that someone or a divine force will help them because they think they are special. The only special creature on earth.

But that’s not how it works. Since I have finally been wrapped up in the lives of others, I have understood that there is a life beyond my protection zone. That there are also hearts with which you can share a lot of suffering, but also a lot of happiness. For me, it was the beginning of my life where impossible things became possible for me. These little angels have done so many miracles in my life that no doctor could ever do it for me.

You have to notice that ‘’ change ‘’ is not something where the state, the world community or thousands of people have to be involved always, sometimes it’s just ‘’ you ‘’, ‘’ your neighbor ‘’, ‘’ your friend ‘’, it is the water drops that come together and eventually develops into an ocean.

It doesn’t happen overnight, but as long as you continue to spread the ‘’ message ‘’ with your deeds, a single Harun today, will become hundreds tomorrow, thousands the day after, and millions afterward. And that makes a change.

If you look behind many revolutions, it is not something that happened overnight, but there is hard work behind it that has taken years or decades to develop.

And it is not always about the financial, not everyone is rich and can supply so many people, but the revolution is not always about financing, which is important, but not the only thing to be successful. It takes an intellectual foundation, it needs volunteer help, whatever you can do, whether it’s serving the food, or asking other people for help for those in need or just spreading the message. Something has to be doable for you too so that we can create a better world for these children.

As soon as you take this step once, you will notice after a while that it is no longer about the poison in you, the poison of ‘’I ‘’, the selfishness, but you realize that your ego and character transforms from a useless creature who only trusts what he knows into wisdom and get behind the truth of life.

The healing of the world, the antidote of hatred, and all wars and evil in this world.

How once the Poet Rumi has said:

Hope we can meet with you all one day under this hope and the bright sun.

The post How Sharing Can Change Your Life appeared first on The Good Men Project.