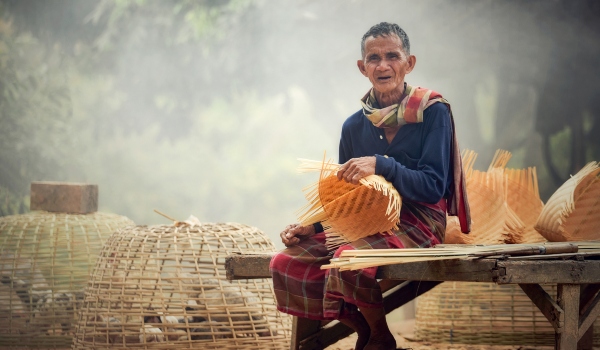 At the dawn of the second millennium, before the Europeans came to East Africa, the Banjar people from southeast Borneo sailed 7,000 kilometres across the Indian Ocean and colonised the Comoros and Madagascar.

They joined voyages led by Buddhist-Hindu Malay kingdoms, such as Srivijaya (sixth to 13th centuries). The Malay traded with far-distant regions, notably across East Asia and reaching as far as East Africa. They had set up trading posts in southeast Borneo and mixed with the indigenous Ma’anyan, from whom the Banjar are descended.

The Malay trading networks during the first millennium triggered one of the earliest protoglobalisation processes, bringing Southeast Asian populations to East Africa.

The geographer Jared Diamond has called it “the single most astonishing fact of human geography” – that East African islands the Comoros and Madagascar have both African and Asian influences.

Scientists have long debated the origin of the African-Asian ancestry of the Malagasy people. Previous efforts to locate the Asian origin of Malagasy highlighted Borneo broadly as a potential source. But no firm source populations were identified.

Our four-year international research collaboration, including Professor Herawati Sudoyo’s team at Eijkman Institute for Molecular Biology, identified the Banjar people as the Asian source of this outstanding migration.

Our research is the first to reconcile data and hypotheses coming from linguistic, archaeological and genetic research into the settlement of the Comoros and Madagascar.

Linguists have long found that, astoundingly, despite the island being close to Africa, the vocabulary of the Malagasy language largely originated from one that was spoken along the Barito River valley of southeast Borneo.

Some 90% of Malagasy vocabulary is from the language of the Ma’anyan, an indigenous group of roughly 70,000 people who live in remote inland areas of southeastern Borneo. Less than 10% of the vocabulary of the Malagasy language is from African languages (mainly Sabaki, a branch of Bantu).

Archaeologists have also found cultural evidence — including ironworking techniques, outrigger boats, musical instruments such as the xylophone, and the cultivation of rice, bananas, yams and taro (a “tropical food kit”) — that supports a strong Southeast Asian connection.

Genetic studies, too, have generally confirmed the dual ancestry of the Malagasy and Comorian populations.

Using cutting-edge statistical approaches, we determined that the Banjar and the East African people (Swahilis community) interbred first in the Comoros archipelago around the eighth century and later in Madagascar around the 11th century.

Interestingly, the dynamic of admixture strongly differs in the two territories. Banjar ancestry ranges from 37% to 64% in Madagascar but is only 20% in the Comoros. This is probably because of major Swahili settlement in the Comoros prior to Austronesian arrival.

We determined and dated the gene flow (migration) over the last 2,000 years between 190 populations around the Indian Ocean. Our research shows that human migration is correlated to the volume of trade (estimated from historical records).

The first phase began with the expansion of the Silk Road trading route (first to fifth centuries), which transported goods and ideas between China, Eurasia and South Asia. The second phase followed in the sixth to tenth centuries with the spread of Islam and Arab merchants. The third phase came with the rise of maritime routes beginning in the 11th century through to the 15th century. The fourth phase came with the arrival of Europeans in the 16th century, which drastically restructured the trade network to the present day.

The mixing between the Banjar and the East African people in the Comoros happened during the peak of the second phase. And the mixing between Banjar and East African people to Madagascar happened during the following centuries. This Asian settlement of Madagascar and Comoros islands represents the most distant migration observed through our research.

Through our research we built a robust scenario showing that the flows of goods and ideas were linked to the movements of the people who brought them. In short, trade exchanges drive human contact and admixture between populations.

The Indian Ocean trade network therefore provides an early example of globalisation, establishing connections between human trade and mobility that are still apparent around the world today.

Our research has settled the debate on the African-Asian ancestry of Madagascar and the Comoros. We now know that Asians came to the Comoros archipelago first in the eighth century and then Madagascar in the 11th century.

What’s still a puzzle for us is the exact maritime route(s) from Borneo to these East African islands. It’s another part of the astonishing facts of human geography to be uncovered.

Previously published on The Conversation and is republished here under a Creative Commons license.
—

The post How the Banjar People of Borneo Became Ancestors of the Malagasy and Comorian People appeared first on The Good Men Project.