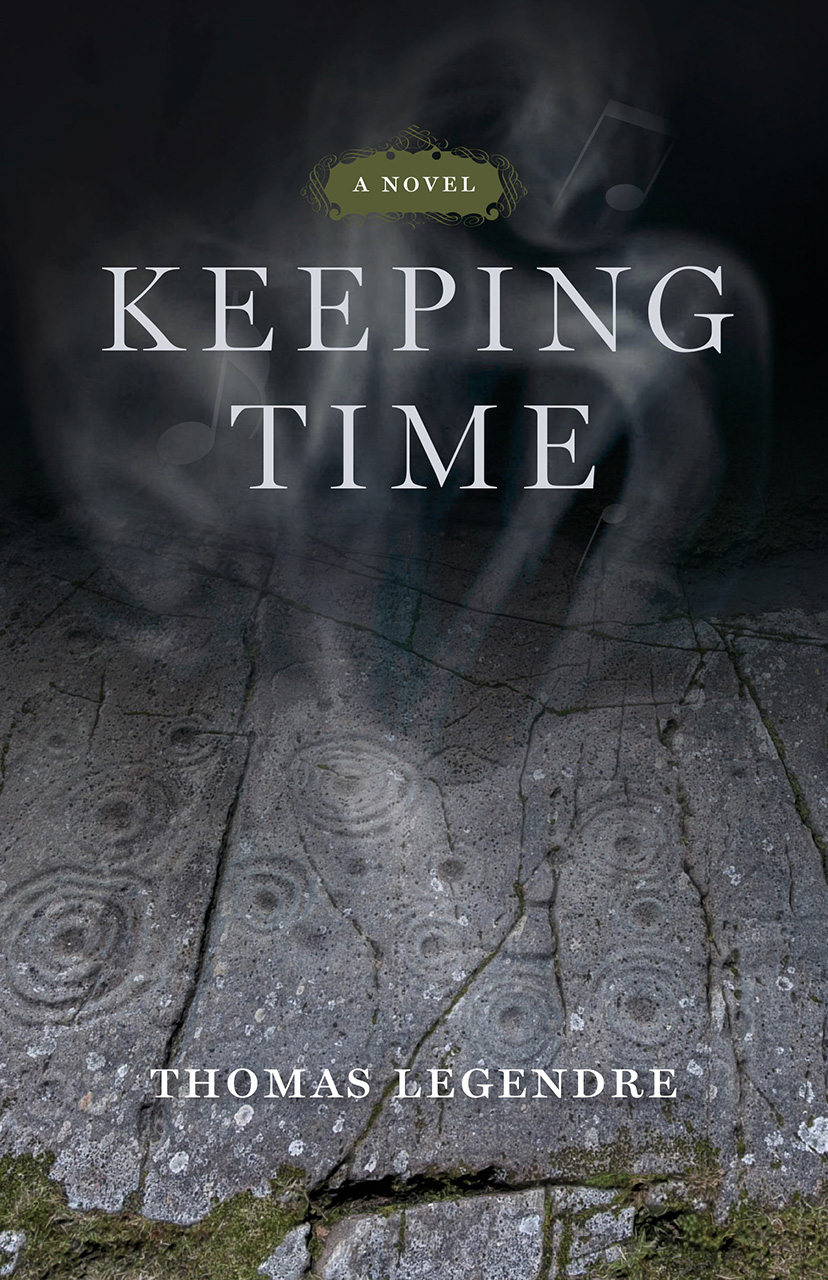 My parents expected me to go to Chapel Hill. They expected me to become enlightened at a convenient distance. They expected me to take wing not suddenly but in stages, like my two older brothers, returning home on a regular basis with altered clothes and hair styles to signify my independence as I tried to argue them out of their political delusions. Instead we had transatlantic conversations about the finer points of radiocarbon dating and bone collagen analysis. I described the geological cycle with its continuous transformations of igneous and sedimentary and metamorphic rock. And I broke the news that, like me, Scotland is alien to the rest of Britain—a piece of shrapnel lodged in the northwestern corner of Europe’s skull, fortunately without impairing upper brain function. London is fine, thanks. “Now you’re losing me with that local color.”

“Because London is the cultural capital,” Dad said, speaking up suddenly on the extension in the living room. “Like New York.”

“Well thanks, Gene. I’m talking about the shrapnel. That’s ex nihilo to me unless you say what it comes from.”

From a pair of continents colliding in the Iapetus Ocean just south of the equator about five hundred million years ago, I told them, buckling and crumbling and folding together to force new segments above water for the first time. At one end of the wreck, England emerges. At the other, Scotland is born. Now without getting too political, doesn’t that make sense? This impact gives Scotland the West Highland and Grampian Mountains and, after another hundred million years of volcanic activity, a position at the hub of the supercontinent known as Pangaea. Contrary to popular belief, Pangaea isn’t some tectonic Garden of Eden but a fairly recent condition, where the billiard balls happen to collide in the middle of the table. And here’s Scotland at the very heart of it all, with mountains indistinguishable from the Scandinavians to the north and the Appalachians to the south. But then a plate boundary becomes active and rips it all apart, creating the Atlantic Ocean in the process. The larger mass moves off to become the Americas, while the smaller portion drifts northward and, after an outbreak of volcanoes on its western isles, is reshaped by glaciers gouging out glens and corries and granite ranges and bare crags like the ones I could see from my office.

My office came in later versions of the story, of course, but in retrospect I couldn’t distinguish exactly when it appeared any more than I could remember when gas became petrol, when pants turned into trousers, or when I started eating takeaway instead of takeout. I had retained a few hard nubs of vocabulary—parking lot, sidewalk—and the long vowels of tomato and vase, but after two decades of erosion my voice sounded foreign everywhere I went. I belonged to neither country, and I belonged to both.

A few days after my conversation with Graeme I drove toward peaks that had more in common with the Blue Ridges than with anything in England. The ocean that divided me from my homeland also plunged its arthritic fingers deep into Scotland’s wind- ward flanks, forcing the roads into twists and coils like varicose veins that made my drive a three-hour journey instead of a straight shot from one coast to the other. In early morning darkness I took the motorway across the Central Belt to Glasgow, following the unseen imprint of the Antonine Wall, then headed north before turning west and then south and then west and then north again, following the lobes of coastline farther and farther out. The world took shape with balding hills and bare-knuckled pastures and empty croftlands, tufts of dark forest, the glades breathing out mist. By the time I reached Loch Fyne the sun had risen high enough to put everything in a cold sweat. There was an enameled shine to the grasses and ferns at the roadside, the fields churned to a muddy gleam. I took my bearings from the loch beside me, running with the others in parallel slashes that held either fresh or salt water depending on how severely the glaciers had carved them out. Over the hills only ten kilometers away Loch Awe had released several hundred Niagaras as it melted, digging out a gorge that slowly silted up and became a flat-bottomed valley and estuary, the tides washing in and out with changing sea levels to erode the steep bluffs into terraces. This was the anatomy of Kilmartin Glen. Or the bones of it. Like most of Britain, it had been deforested by the time the Romans invaded.

At Lochgilphead I wheeled through a couple of mini round-abouts and passed through the low frontages of stone. A few shops had been replaced by others, like spark plugs in their sockets. The board for the inn had been repainted, but not the one for the pub. I caught sight of my favorite sandwich vendor, still serving his daily bread, and the outdoor supplier where I had bought extra waterproofs eighteen years earlier, now flanked by Chinese and Indian takeaways. Since when? How long had I been away? At least one season of change. The world was opening up.

Low tide had exposed spews of kelp at the esplanade. I eased down the window for the harsh brine scent. The humped land- forms in the distance gave that sense of things too near and too far, too light and too dark all at once. I was  here again. There was something strange in my heart. Another roundabout took me out of town along a level stretch fringed with bracken and scrub and mixed woodlands and, despite the sunlight, a sense of colors draining from everything everywhere. It held the dirty wash of foliage I had come to expect—the tea and tobacco stains, the tarnished brasses and russets. Tessa and Jamie had never been to North Carolina during the autumn peak. They hadn’t seen the fierce hot flush, the colors all touched with fire. I imagined the three of us driving along the Blue Ridge Parkway and stopping to play in fallen leaves together, pretending it didn’t matter that Violet wasn’t there. I experimented with the feeling. I dropped it like a rock into a well, listening for the splash. Or the thunk. I lowered the window fully and took a cold breath. Last Friday I had phoned Mrs Natalie Sharples to tell her I was leaving town unexpectedly, a half-truth that allowed me to put off the decision.

A decision whose consequences couldn’t be reversed. Even if I moved out for only a month or two and then returned with my marriage renewed, Tessa and Jamie would feel the gap. It would linger in their emotional registers. If Daddy went away in the past, he might go away again in the future. I didn’t want them to feel that. But as I followed a broad passage through the hills I couldn’t think of another way to provoke Violet into recognizing her behavior. How much of it involved me? How much came simply from her? I had tried talking. I had tried silence. Now I needed to do something more drastic. But how would it feel, living apart, living alone? I steeled myself to that possibility as I passed slopes that had been clearcut, or harvested as the phrase went, to leave a vast exposure of stumps and ragged aftergrowth, a timberline of Sitkas packed together in the distance, their branches knitted tight.

The hills parted beyond the next bend. The land opened up and spread out flat. The entrance to Kilmartin Glen. A petrol station gleamed just a bit farther along—the site where Fergus had unearthed a prehistoric stone and deliberately fed it into his crusher before anyone could notice. This according to a reliable eyewitness. Report him? Aye, go ahead. The deed was done, the evidence gone. Her word against his. Good luck, lassie. His true grievance had been not against me but the world I represented, everything that stood in his way. At least that’s what she had told me afterward. I felt a tick upward in my blood pressure. I eased it down. And as the crag of Dunadd came into view I swung onto a track marked for the Inbhir Bed and Breakfast, my reflex intact. Despite my fervor for the new rock carvings I stopped here, as always, to pay my respects.