[Roll Your Own Life] The Comics That Shaped Me (Part 12) 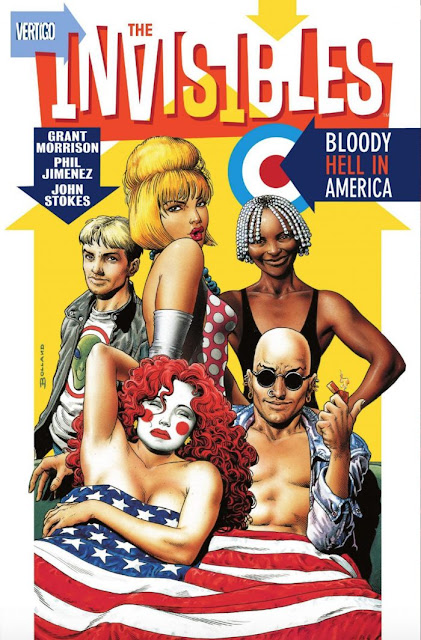 I was there when the revolution started. I saw the molotov cocktail fly. I saw it start... but I turned away.

That's kinda how it happened really. In the early 90's I picked up everything that Vertigo produced. Grant Morrison is a bit of a legend, and I'd read anything he produced. So when Vertigo announced this new comic by him I picked it up from issue 1. I have this strange memory of the first issue having a weird cover - besides the simple graphic of a hand grenade? Anyway, it was weird. The first issue was strange, and I wasn't sure if I completely got it... and that was how it continued until about issue 10 when I gave up altogether.

Once again, it was the staff at my lovely friendly local comic shop (Abstract Sprocket) that made me look again. Volume 2 was just starting, and the manager said that I really should give The Invisibles another go - it was about conspiracy theories, alternate dimensions, and freeing your mind.

So, I went back to it. I picked up the trades for the first few volumes, and tried again. 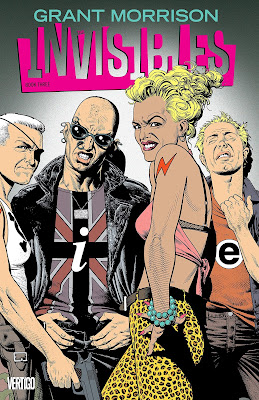 The story of Grant Morrison being abducted by aliens and becoming aware of fifth dimensional creatures while writing The Invisibles just adds to the legend.

But The Invisibles is even more mindblowing than that. It has connections to one of my favourite movies of all time. Let's see if you non-Invisibles readers can spot it...

Young guy who's a bit of an anarchist is recruited by a leather clad bald guy. Young dude discovers he is the next messiah, the new Buddha. He joins (and leaves, and joins again) a group of revolutionaries who are trying to bring down an organisation from an alternate dimension who want to enslave humanity and make them conform and docile.

Hmmm. There is a theory that you can cut up panels from The Invisibles and make The Matrix out of them, and The Invisibles were around five years before Neo became "The One". But this is also inspired by Grant Morrison's earlier work on a pair of sequels to the cyber-movie The Lawnmower Man, where a group of teenagers discover that their reality is actually a simulation controlled by extradimensional insect creatures manifesting as men in suits.

Anyway, I digress. The Invisibles completely blew my mind - as it's supposed to do. Especially as the manager of the aforementioned comic shop was already feeding my brain with Robert Anton Wilson and Philip K. Dick, this was just fuel for the brain. When it got to the Magic Mirror substance recovered from Area 51, and the characters were informed that we were being lied to - there are more than 26 letters of the alphabet, there are in fact 64. When you are aware of those letters, you can see the things in our reality that we couldn't before because our brains couldn't comprehend them without the vocabulary. 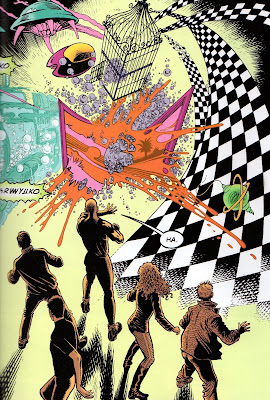 Insert that gif of the guy going "Mind Blown" over and over again.

In summary, I loved The Invisibles. Once I got over myself with those first few issues that I probably wasn't prepared for, it became one of my favourites. I've read the whole thing a number of times - though I really should look into tracking down the second two hardcover collections. The complete hardcover is a bit big to comfortably sit and read.

It's a bizarre and very progressive comic that feels very 90's, but still resonates a bit today.

That said, it's the last in my list from the 90's. Nothing really struck me with as much force comic-wise for many years to come, until the final two titles on my list...
Back to Feed
Use left/right arrows to navigate the slideshow or swipe left/right if using a mobile device