We Don’t Know What’s Behind the COVID-19 Racial Disparity. And That’s a Problem.

COVID-19 is killing black Americans with horrifying precision. Black Americans get the disease at a higher rate than white people do. Retirement homes with black residents become outbreak clusters. Black people die of COVID-19 at a higher rate than white people do—and that rate is even higher than it may seem, according to a study released last week by Yale University’s Cary P. Gross and co-authors. When you account for age—black people are on average younger than white people, and should therefore be expected to die at a lower rate, not a higher one—black mortality is 3.57 times white mortality.

A multiplier of 3.57 is a national shame. After all, the virus knows no race or nationality; it can’t peek at your driver’s license or census form to check whether you are black. Society checks for it, and provides the discrimination on the virus’s behalf. The effects of that discrimination are found in the morgues.

Outrage is warranted. But outrage unaccompanied by analysis is a danger in itself.

[Adam Serwer: The coronavirus was an emergency until Trump found out who was dying]

Earlier this month, The New England Journal of Medicine published a short article on America’s COVID-19 racial death gap by Merlin Chowkwanyun, a medical historian at Columbia University, and Adolph L. Reed Jr., a political scientist and venerable voice of the labor left at the University of Pennsylvania. They suggested that highlighting the existence of racial disparities without explaining their cause could itself encourage racist beliefs. “Disparity figures without explanatory context can perpetuate harmful myths and misunderstandings that actually undermine the goal of eliminating health inequities,” they wrote. If all we know is that disparities exist—and that is indeed all we know—then prepare for racist explanations to rush in to fill the gap.

Chowkwanyun and Reed note three destructive tendencies. The first is to assume that if black people are getting sicker than white people, the problem is biological—that African Americans may be more susceptible to infection, and more fragile once infected. (There is no reason to believe that such genetic differences exist.) Conversely, after I reported that COVID-19 figures were rising more slowly in Africa than they had been in other areas, many tipsters emailed me to suggest that Africans are genetically different, and protected from COVID-19. None of my correspondents included any genomic data to back up this claim, but the temptation to believe it is epidemic. Cary Gross, the Yale researcher, told me he has heard similar theories. “No,” he said, unequivocally. These differences are not because of subtle variations in biology. “If you drop an anvil on someone’s foot, the foot’s going to break.”

Second, Chowkwanyun and Reed say, disparity figures encourage people to assume that groups are afflicted because of their own misbehavior. Yolonda Wilson, a bioethicist at the National Humanities Center, notes that the vocabulary of the pandemic in America changed as the disparities became better known. What started as a public-health issue shaded into a moral one, she told me. “The language of crisis was replaced by the language of personal responsibility,” or irresponsibility.

Finally, by emphasizing disparity figures without context, Chowkwanyun and Reed write, we encourage the false impression “that certain social problems are primarily ‘racial’—and therefore of concern only to supposed minority interest groups.” Context might reveal, for example, that black people are hit harder because they use crowded public transportation at a higher rate than white people, or because they are more likely to work in jobs that require in-person interaction. Neither of these factors is exclusive to one race or another, and absent this context, it would be easy to dismiss COVID-19 as a “black disease,” much as AIDS became a “gay disease,” to the detriment of gay and nongay alike.

Chowkwanyun and Reed advocate instead an approach that focuses less on outrage and more on hard data. “People need to take a breather to parse data in more sophisticated ways,” Chowkwanyun told me. He warned against a “pro forma” kind of racial-disparity research that simply says We have a racial disparity here, and we have to react to it. It’s outrageous! “Just saying ‘There’s racism here’ can be counterproductive. We are pushing people to be more precise.”

That means collecting data that currently do not exist. “When a patient comes to a clinic, they can self-report their race, but how do they self-report socioeconomic status? How do you actually gather that information?” Most states still aren’t collecting the relevant data systematically—not even data on race, let alone other characteristics.

“This is the catch-22,” says Jarvis T. Chen, a research scientist at Harvard’s T. H. Chan School of Public Health. “As scientists, we have to talk about these disparities. But we can’t stop there, because we’ve seen what happens: People get demonized, and nonwhite people get pathologized. We have to be able to find the underlying factors. That’s the only way to do socially responsible science.”

In the United States, the disparities broadly reflect historical injustice. Elsewhere, they do not.

If you are in Belgium and have COVID-19, your odds are not good: About one in six Belgians who have contracted the disease have died. If you are in Rwanda, a former Belgian colony with a per capita GDP about 1/60th of Belgium’s, your odds are superb. Rwanda has reported 339 cases, and none has even required admission to an ICU. Rwandans are younger than Belgians, but zero is a very small number.

[Calvin Baker: In a pandemic, all people see is your color]

In Switzerland, a country with excellent universal health care, a French-speaking Swiss with COVID-19 is 1.6 times more likely to die than a German-speaking Swiss. An Italian-speaking Swiss is 2.4 times more likely to die than a German speaker. The magnitude of these disparities is comparable to the magnitude of the disparities among white, Latino, and black people in the United States—even though there is no modern history of enslavement and genocide of Switzerland’s Italian-speaking population. (Ticino, the center of Italian-speaking Switzerland, ranks seventh out of 26 cantons in per capita GDP.) You might be tempted to attribute the disparity to the Italian speakers’ connections with the death zone of northern Italy. That could account for the difference in the incidence of the disease—but why the difference in the likelihood that you’ll die, if you already have it?

Smaller puzzles abound. Why did the area around Milan get hit harder than almost anywhere on Earth, while Rome was spared? Why has Tokyo—which is densely populated, filled with old people, reliant on packed subways, and never fully shut down—not been crushed by the disease? Why do some places, when they relax their social-distancing restrictions, see case numbers rise, while Denmark, after thawing its economy, still has so few cases that its health authorities express open bafflement about their good luck?

By now it should be clear: We have no idea what is going on. Something is making the virus spare Rwandans and German-speaking Swiss and white Americans, while terrorizing Belgians and Italian-speaking Swiss and black Americans. If we can get the virus to pass over us all as if we were in the former categories, this long nightmare of a pandemic might end. 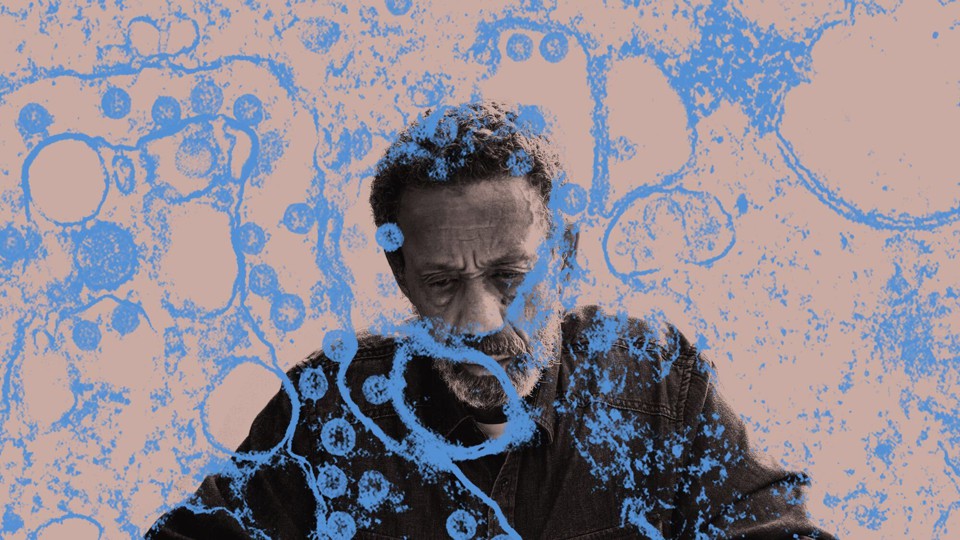