Who Do You See When You Look in the Mirror? 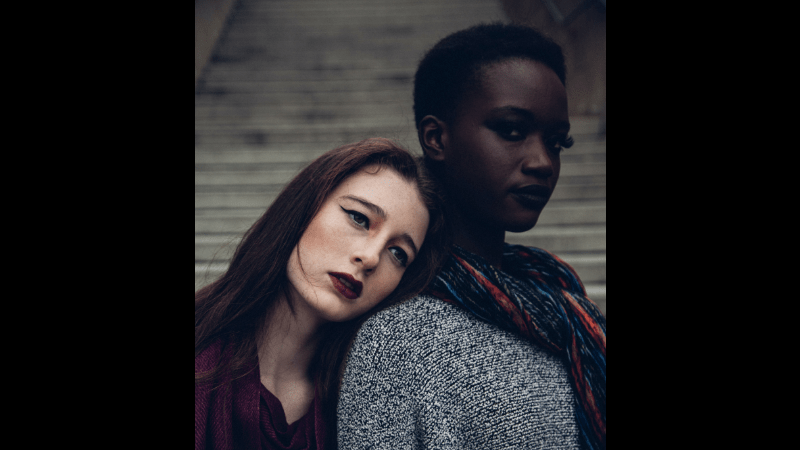 When I look in the mirror, I see a privileged young woman born into a vessel that happens to be white. I stare at my Italian skin, bronzed shoulders, and freckled face, as I wonder how different my life would be if I were black. I think about George Floyd, among other black individuals that have been murdered during my lifetime and find myself certain that if he were white, he would still be alive today. And a mixture of emotions rises within me while I sit in silence trying to piece recent events together and make sense of it all. But I can’t.

I first saw the horrendous video of George’s murder through Snapchat, and I figured it was a fake video from years ago blown out of proportion to generate income for a random website. (There’s always lots of spammy stuff on Snapchat ads.) Soon enough, I turned on the news and logged into Facebook and realized it was very real, current, and the beginning of a series of events my future children would read about in their history books.

I was disgusted with humanity. Overtly racist whites, hyper-masculine and excessive force seeking cops, and men who considered themselves Godly, to be more specific. I tried to take it all in. I decided I wasn’t going to attend protests and such because hey, we’re still amidst a pandemic and I have a senior mom to worry about. And things were getting too dangerous for my liking.

So I figured that acknowledging my privilege is something that should have been done a long time ago. By doing that, I could do something, though very small in an effort to raise awareness for other white people. By white folks simply acknowledging their privilege based on nothing other than the color of the skin, I believe that it holds enough power as a catalyst to change history. The only reason it took me so long is because the idea of white privilege hadn’t even existed in my vocabulary until my last semester of college.

I took a class called Race Relations at Rutgers University with a phenomenal professor Jeffrey Wilhelms. Although he is an older white man, he is incredibly passionate and educated about racial disparities in the world, and more specifically the United States. I learned more in that class about history than I had throughout my entire grade school. I was utterly mortified at my ignorance.

Though, it fueled my desire to uncover how relevant and real white privilege is to other people who haven’t yet been exposed to the ideology yet. He assured us that the educational system conveniently left out important aspects of historical events and told us our textbooks and major assessments (NJ Ask, etc) were crafted in a way that happened to favor white people. And he was absolutely right (eg. the story of Christopher Columbus.)

Society teaches us to sort based on race. This is the norm of a racist society we live in. Although it started off as an individual problem during slavery, it has evolved into an institutional recurring problem.

I learned in this class that race is a social construction and not a biological fact. Here’s why.

Race refers to the physical differences among people that are transmitted from generation to generation, as well as the meaning these physical differences hold. Actually, studies have proven that there’s a greater variation within races than between races. People cannot be separated into clearly fixed racial categories. Race is not biological.

Some people still believe that physical differences are meaningful. As long as they hold this belief, they will act differently towards the outgroup which will affect their relationship with others. Physical differences have no inherent meaning. Despite this, when immigrants come to America, they start referring to themselves as white even if they have never done this before. They do this because they know it will benefit them in society. They also know that even if they appear white, once they say their last name and origin, they will lose some of their “whiteness.”

Race is the word we use to attach meaning to physical differences. It is a social concept and not a scientific one. Anthropologists have discovered that we all evolved from various tribes that came from Africa. Furthermore, when people had to select their race in a 2000 and 2010 census, all possible races included the words “with persons having origins in any of the original peoples,” except for the “black” category, because in reality we all came from the same place.

Maybe you are an individual who denies their white privilege. And that’s where you and I stand divided.

If you truly feel this way, perhaps you can learn to open your heart and practice empathy for others. Color-blind racism can be compared to a four-legged stool composed of various ideologies that all encompass a similar idea.

The idea that it’s natural that all races are separated, and that people want to live near their own kind because it’s just human nature and not segregation. Naturalization allows whites to explain away racial phenomena by suggesting they are natural occurrences.

This involves blaming the victim for a lack of motivation, a dysfunctional family, for poor choices, etc. (An example of this is when addressing rape and we question what they were wearing.)

The central idea of this facet of racism is that discrimination is no longer a central factor affecting minorities’ life chances. “It’s better now than it has been in the past,” “There is discrimination, but there are plenty of jobs out there,” or “It was awful in the past but it’s gotten so much better. We’re not lynching anymore.”

In day to day dialogue, many people of all colors do not realize that they are engaging in what is by definition, racism. It seems that the more I learn about what racism actually entails, the more I notice how racist I have been in the past, even if I didn’t intend to be.

We must never stop learning and evolving into better versions of ourselves.

In honor of George Floyd and other black Americans who were murdered disgracefully at the hands of law enforcement. Say his name. #BlackLivesMatter

Thanks to Stephen Moore.

This post was previously published on Equality Includes You and is republished here with permission from the author.
—

The post Who Do You See When You Look in the Mirror? appeared first on The Good Men Project.